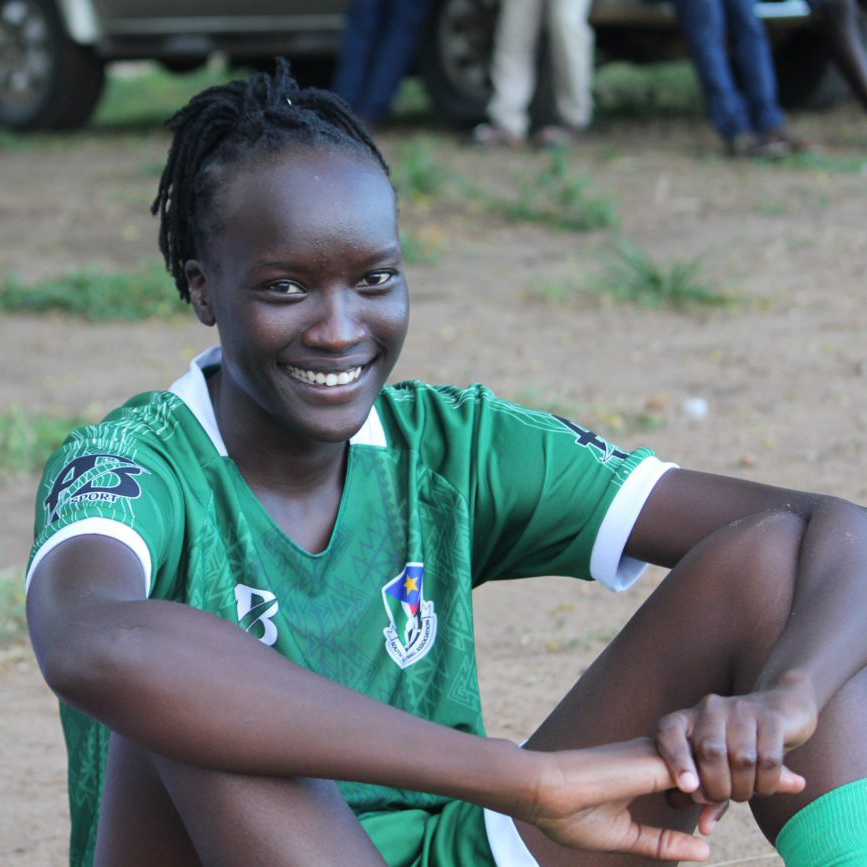 Having been part of Cheza since 2014, I have risen to captain the South Sudanese ladies national team with my debut on 16th November, 2019 in the CECAFA SENIOR WOMEN'S CHALLENGE when S. Sudan played Tanzania. I scored two goals and assisted two on our second game against Zanzibar.

When Cheza Sports Senior joined the FKF Nairobi Sub County League in 2016, I was informed I could not feature in the mens league despite myself and the coaches trust in my abilities to play among the boys, something I have done since childhood including featuring in a pre season friendly match versus NSL side Kenya Police. I joined Kenya Women Premier League side Makolanders Fc where I have risen to be dependable player in the team.

Moreover, Cheza Sports Academy has unlocked and babied my coaching skills in my role as the girls and under 9 coach.